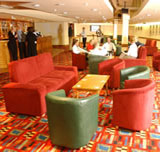 After an outstanding 6 Nations in which the Welsh Team won the Grand Slam in 2005, the Welsh public are looking forward to the Autumn Internationals with great anticipation.

New Zealand are the Tri Nations Champions but were lucky to beat Wales in 2004 – Joe Rokocoko being their saviour, South Africa have a very strong side at present though Australia appear to be somewhat on the wave – they seem a little short on strength of depth.

The Welsh Side is very confident at present and a first win against the All Blacks since 1953 is a definite possibility. They will certainly put up a better effort than the 2005 British and Irish Lions.

However, New Zealand and South Africa are quality sides and have selected very experienced squads.

There will be tremendous interest in Wales as always. I feel very pleased for the loyal supporters who have waited patiently for so long to see a change in our fortunes – 2 wins out of three would be an excellent achievement.